SKAPC prepared a master plan for the façade restoration of the Martinique New York on Broadway hotel that enhances the historic building’s presence amidst many of the city’s iconic neighboring properties, including the Empire State Building, Madison Square Garden and Penn Station. As both the design architect and architect of record, the firm has submitted applications to the New York City Department of Buildings and Landmarks Preservation Commission to obtain approvals for the complex project.

On the register of Historic Hotels of America, the stunning Beaux-Arts building is locatedat 49 West 32nd Street in the heart of midtown Manhattan. Opened in 1897, the Martinique New York was the city’s first luxury hotel and became a symbol of grand hospitality during the Gilded Age (it is now part of Hilton Hotels’ Curio Collection). 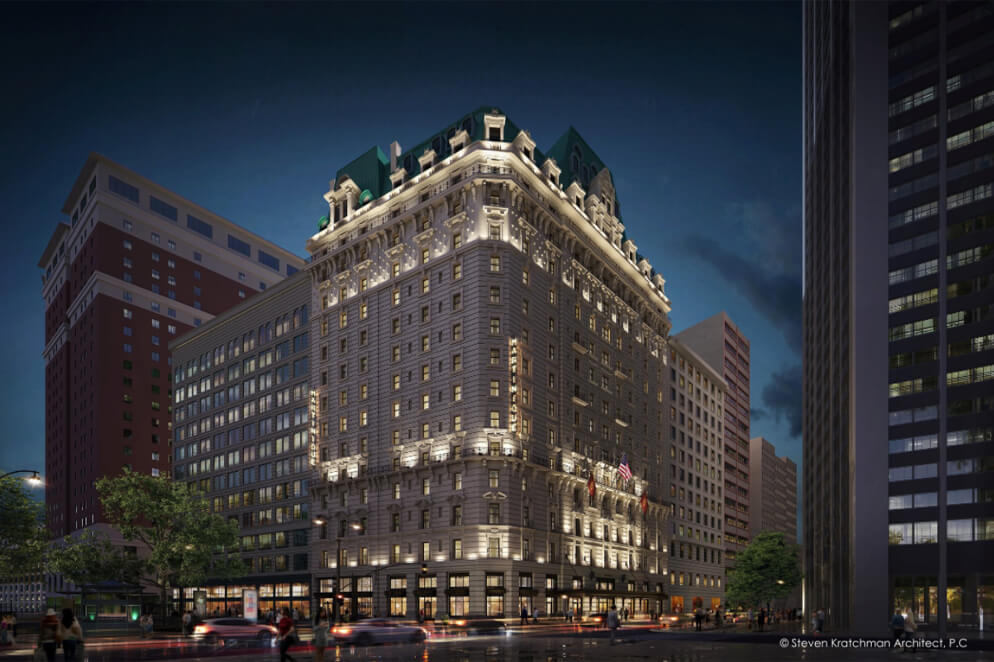 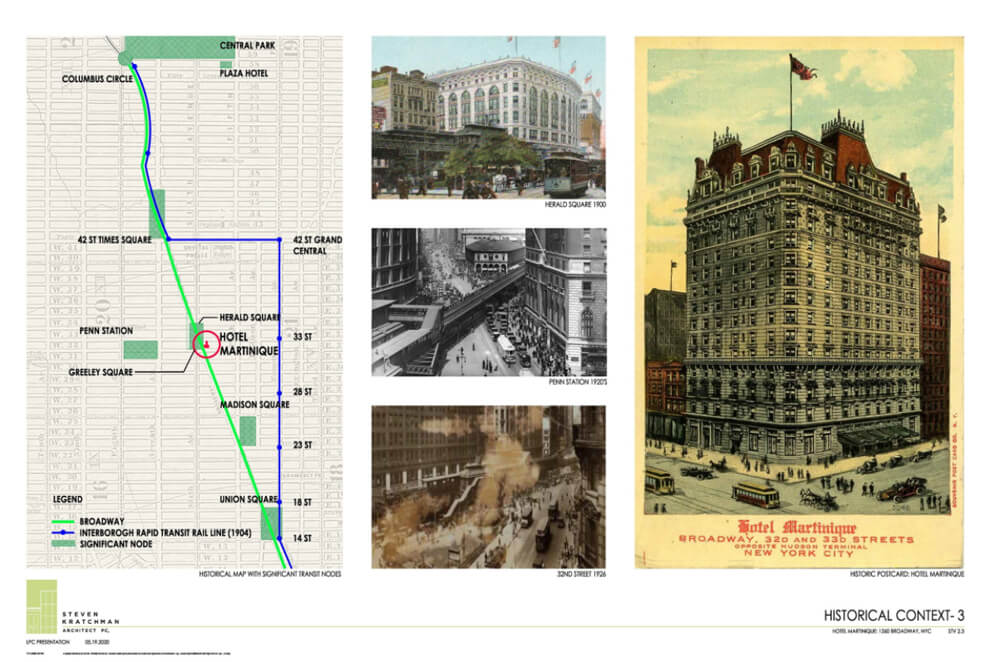 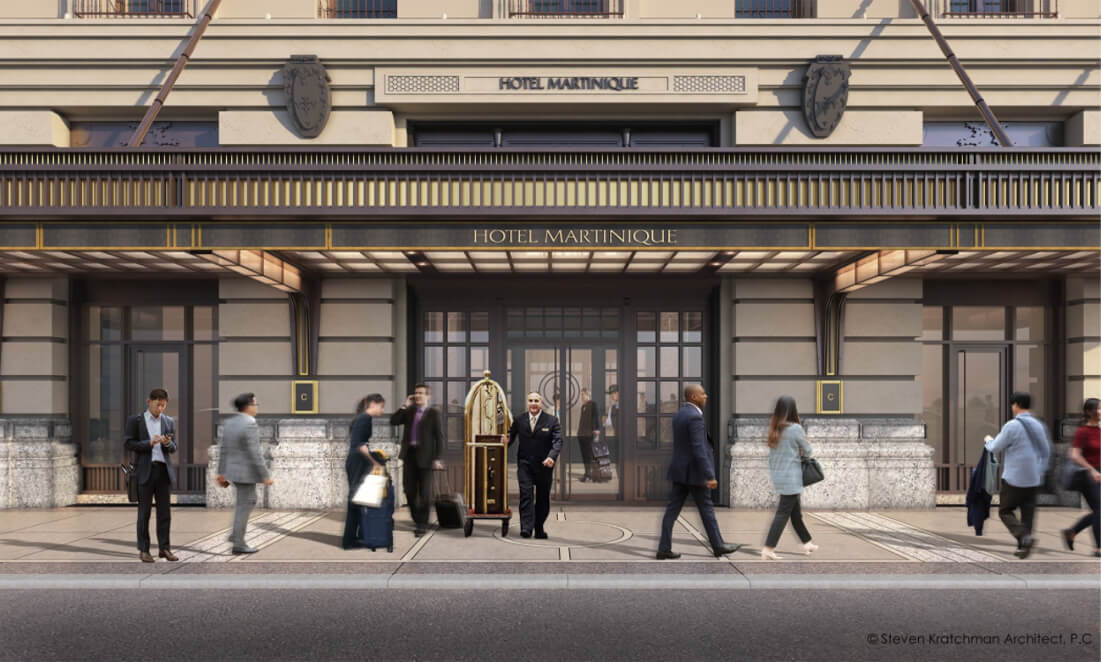 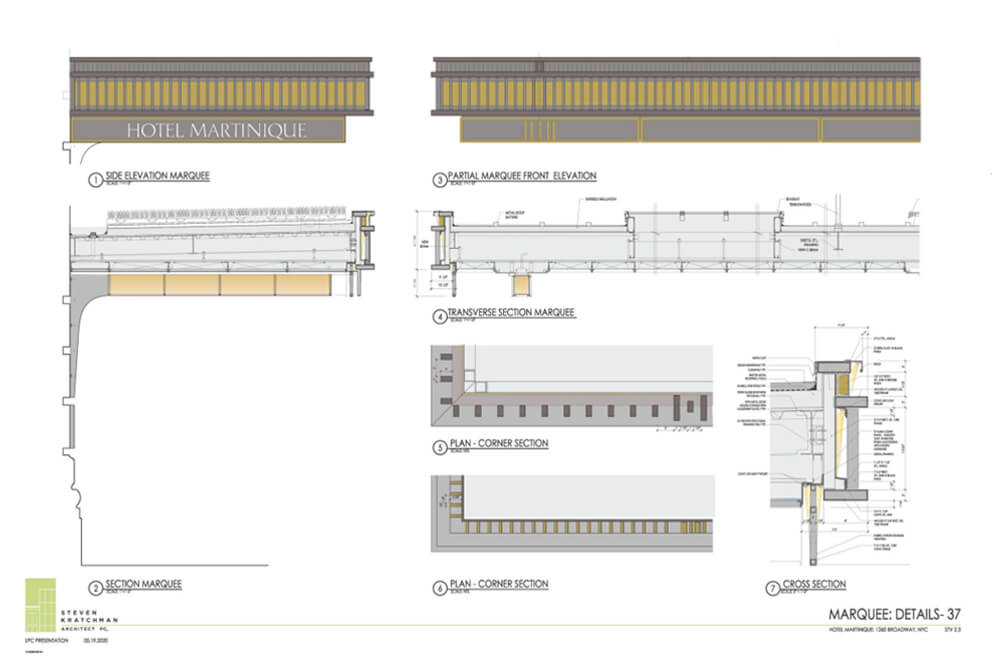 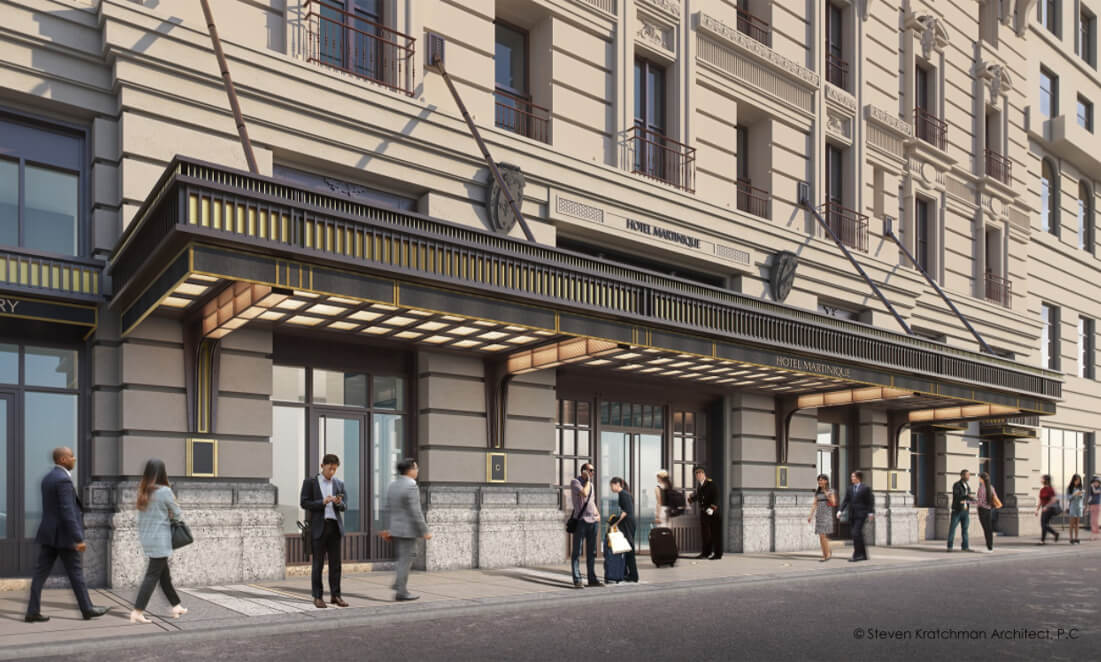 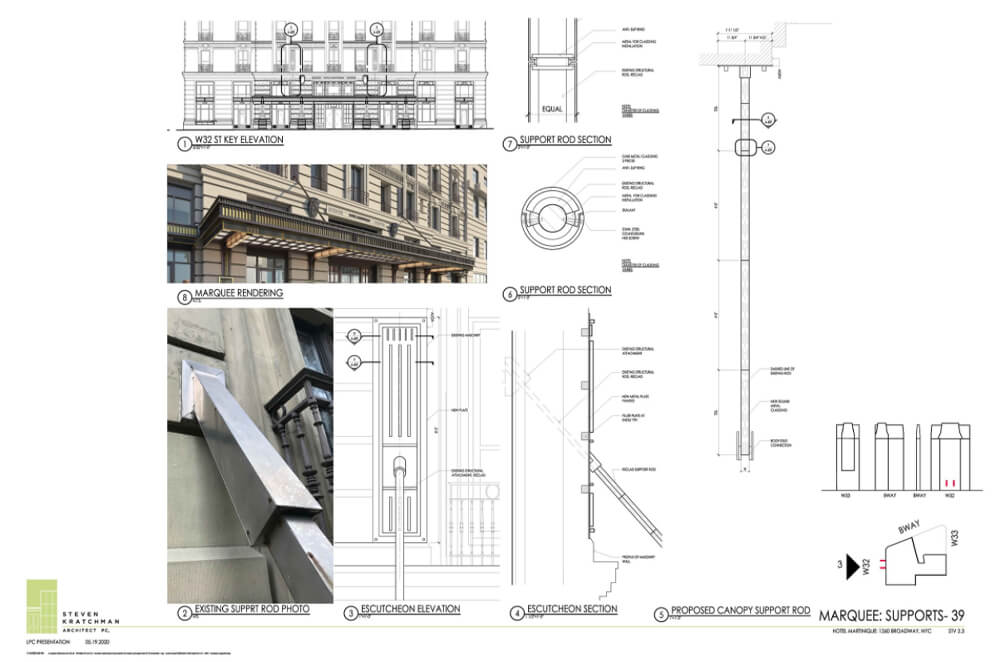 Numerous modifications and landmark deviations have made the façade disjointed, andthe building is landmarked from the second floor up because the original first floor was destroyed. SKAPC’s proposed design seeks to achieve a harmonious and reinvigoratedrestoration of the façade, meticulously marrying the past and the present.

Improvements include adding new stone and masonry that matches the original, installing new canopies at each of the hotel’s three entrances, updating storefront window and door schemes with new projecting canopies, and creating new building signage that reinstates the hotel’s historic architectural typeface, which is similar to that of the famed Hollywood sign. Three flagpoles will be relocated to their earlier locations and new lighting fixtures will highlight the building’s unique architectural features, including the ornate mansard roofs. 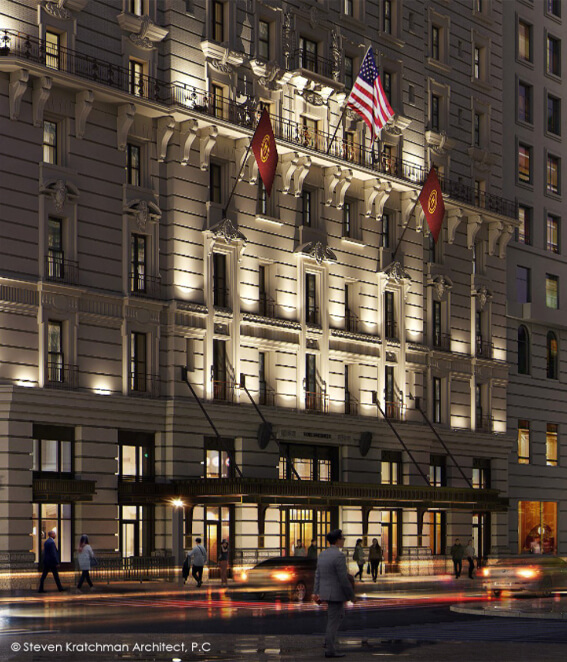 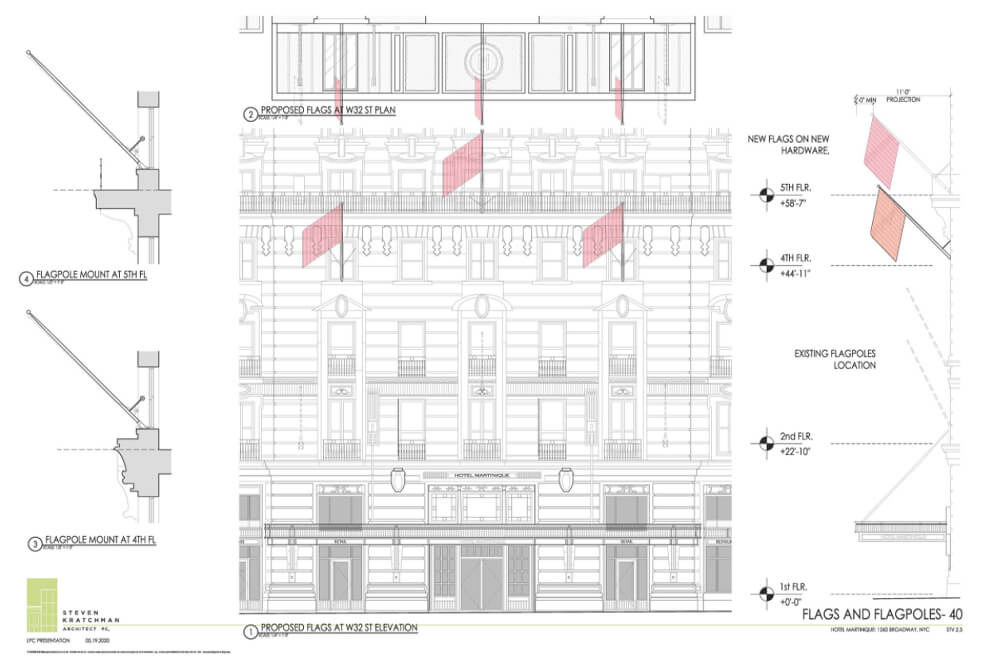 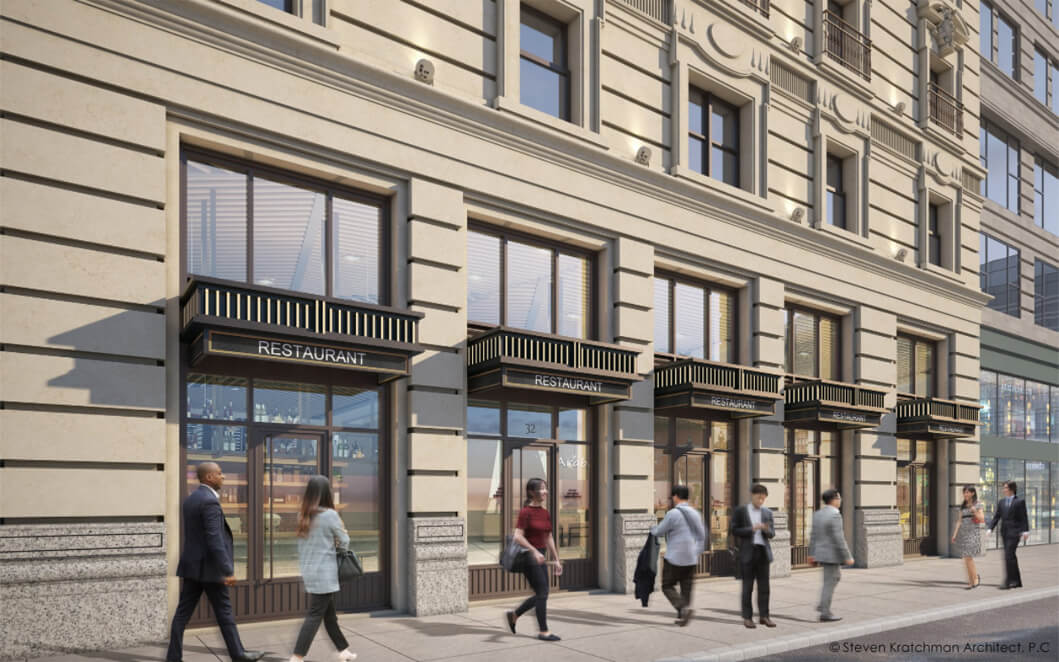 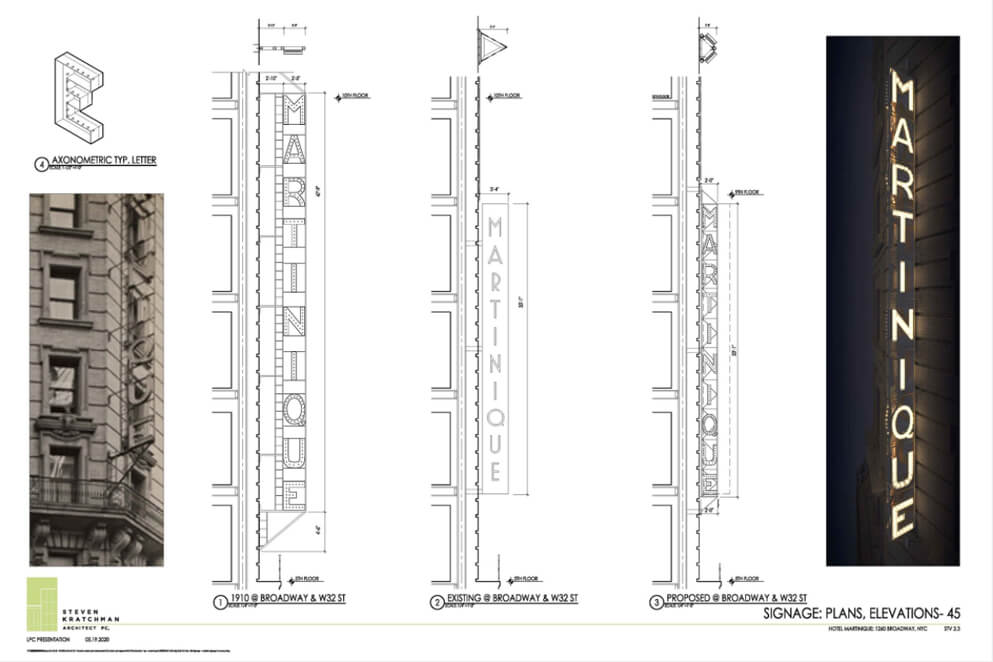 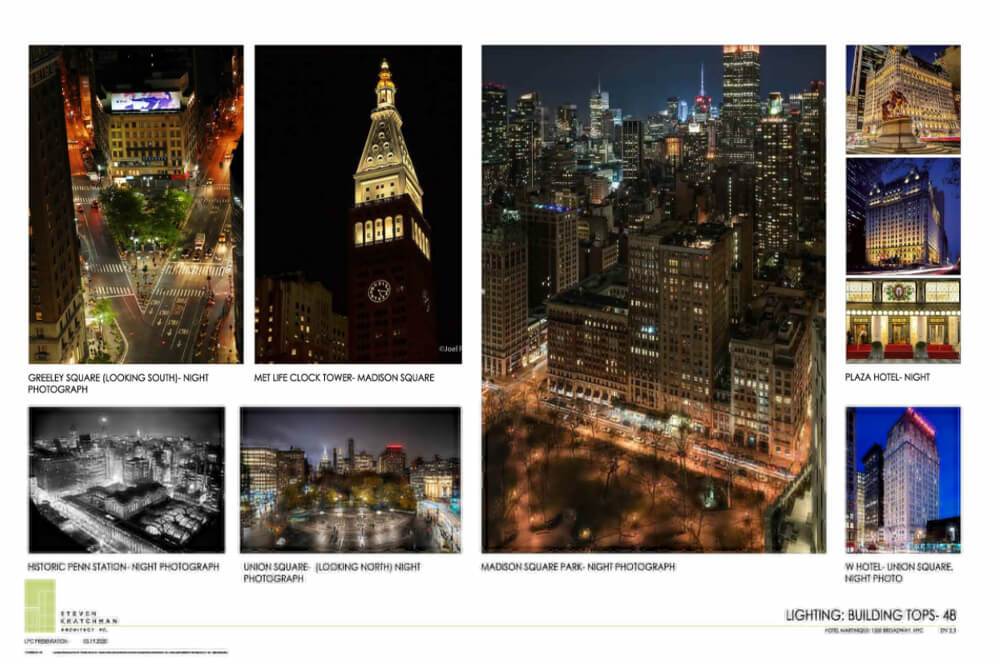 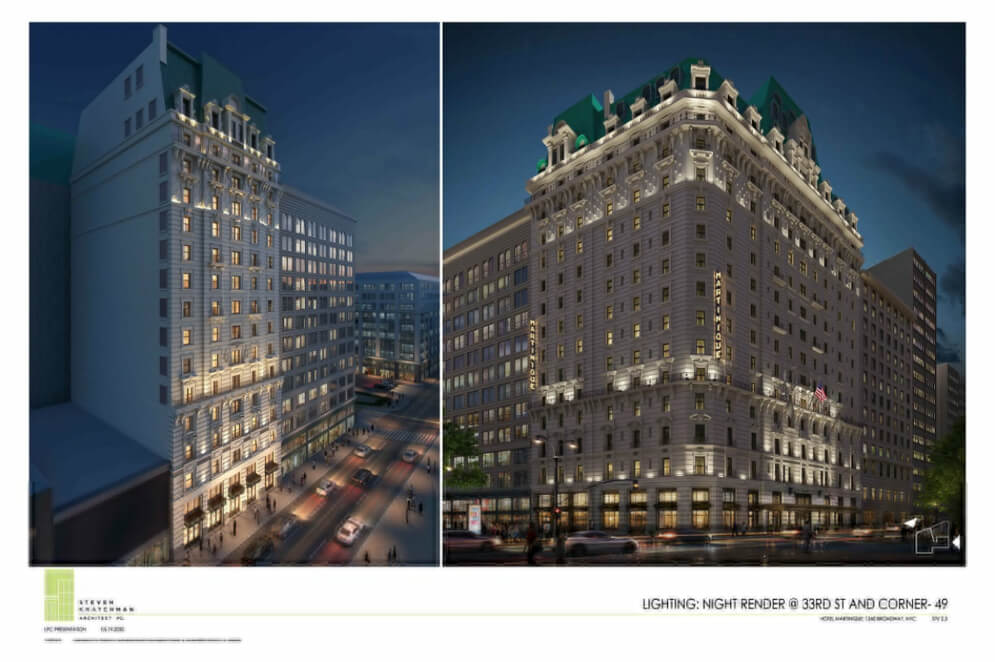 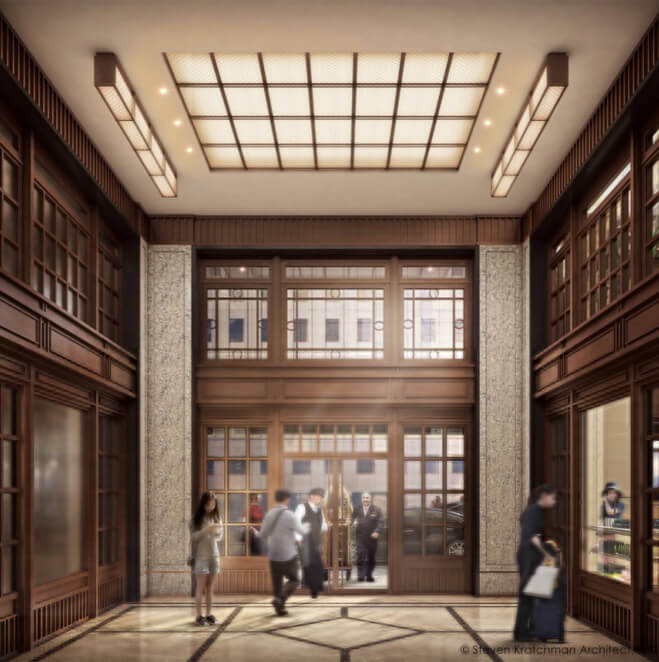